The personal stories of Egyptian refugees – Series No.16 of 22

The personal stories of Egyptian refugees – Series No.16 of 22 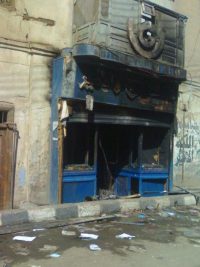 Along with his family, Youssef is a member of the Coptic religious community in Egypt. Youssef’s father was a well-established business man who owned a retail furniture store in the Al Minya region south of Cairo. Youssef grew up learning his father’s business and hoped to some day run the store when his father retired, but that wouldn’t be for a long time.

As a child, Youssef began to learn the full meaning of their minority status. The private Christian school he attended was forbidden by law to have a religious studies teacher. His school week was shortened because its doors were forced to close on Fridays to comply with state religious mandates of the majority. As an older student thinking about his future, he learned that he could not apply to the military academies because of his religion. Due to his faith, he did not have full rights in his country.

Jihadi violence against his community caused him to live in fear and came in many forms. He knew of good, hardworking families manipulated out of their wealth by schemes made viable through cooperation with police and the courts, which acted with impunity. One day such a quiet injustice changed his family’s life forever.

Two “customers” tried to negotiate price in his father’s furniture store but his father could not oblige the desired discount. So they called the police and made up lies about his father — serious ones. They falsely accused him of slandering the name of their prophet. Now his father is in jail. His business is confiscated, and his family is in dire straits.

Youssef’s family has been hit hard, and Youssef has learned from this that he cannot build his future on such deteriorated circumstances in his own country. His family has extended family and friends to help them recover economically to some degree.

Religious persecution is the issue behind his family’s catastrophe and the issue that keeps Youssef hopeless when it comes to planning his future. His heart aches. In his country equal rights under the law do not exist. The minority must suffer from the “infidel” syndrome imbedded in the state — if not officially, certainly in practice.

Youssef now resides in a temporary refugee camp outside his country and has nowhere to turn for help. He can never return to his country or his community. His people are preyed upon and debilitated by the constant erosion of their human rights. He has no future there.

La Casa Futura is the program that will do just that. The La Casa Futura program needs your help. A donation of just $5, 10, 20, 50, 100 or more will go toward setting up the programs needed to provide the foundation for Youssef’s future and so many others just like him.