The personal stories of Egyptian refugees – Series No.4 of 22

The personal stories of Egyptian refugees – Series No.4 of 22

The following narratives introduce individuals who are detained in refugee camps and desperately in need of the La Casa Futura project currently underway by Voice of the Copts. Egyptian youths have been uprooted and displaced for various reasons all related to religious persecution. Names have been changed to protect identities. Narratives are based on true accounts of actual events. 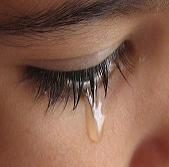 Eva is a member of one of the 50 families in mourning for their loved ones killed by terrorists in a bus hijacking. The villagers were traveling through the dessert on a religious pilgrimage when it happened. Black-masked terrorists with machine guns sped up in Hummers from across the sand halting the bus with rapid fire. Every man, woman and child in the trapped bus knew what to expect next. Imagine the horror.

Eva’s life was saved when her older brother jumped between the bullets fired at his mother and sister and took the hit, dying instantly while sparing their lives. Eva witnessed her beloved brother bleeding to death in her mother’s arms while terrorists looted their gold. Appeased by theft, the masked men departed as suddenly as they appeared.

Eva’s oldest brother, Amil, reacted to this as the “last straw.” He decided to leave the country and chance a new life in the West. Amil intends to have his family join him eventually. He knows that terror is too much a part of their lives. Although the political process to better the   country began with the Arab Spring uprising the opposite appears to be true. Targeting of his people, the Copts, has increased.

Please help us help Amil transition and assimilate to the West where he now sits in a refugee camp with little power to accomplish his goals. The La Casa Futura project will enable him to help himself in a new culture so he can eventually aid his family.

Please donate now and have your contribution fund the La Casa Futura project. Thank you!

La Casa Futura project currently consists of one dormitory building providing help for up to 100 youths per session. Each session provides language learning, job direction, and cultural understanding. LCF is in its initial stage of development as we seek financial backers and matching funds for individual donation.