The personal stories of Egyptian refugees – Series No.13 of 22

The personal stories of Egyptian refugees – Series No.13 of 22 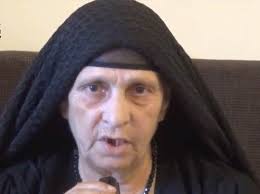 Iskander never thought he would ever want to leave his country, his home (in Upper Egypt) and least of all, his family. He grew up with the tragic events of his region seeming normal to him. His people suffered immensely. As an adolescent, he watched his older brother take part with protesters in the uprising of 2011 in hope to end intolerance and violence. He thought for a short while that things could get better.

But Iskander lost his hope after a traumatic event in his family. His village was the target of an invading mob from the local area, and he watched his home and his neighbors’ homes catch on fire by Molotov cocktails tossed onto the roofs. As his family fled to the street, they were viciously beaten with clubs. Then the gang singled out his grandmother. They stripped her naked and dragged her down the street – the pain and humiliation was beyond description.

Something snapped inside Iskander, turning him against any rationale for continuing on in a life that is beset with continuous violence. He blames the regime for doing nothing to limit and eliminate crimes based on ideological and religious differences. He became convinced that his people are forced to remain a persecuted underclass.

Iskander managed to leave Egypt for good so that he can invest in his future without losing his dreams. To expect safety and peace as a minority in Egypt, leave alone equal opportunities, is foolish. The days ahead will be difficult. Iskander needs the help of others if he hopes to realize his goals. His hope is to become a full citizen of the West.

Please help us to help Iskander and others like him to take the next step to transition from the bleakness of a refugee camp. Egyptian youths are grateful to be granted shelter but remain in stagnation. They need our assistance to move forward.

Today, the only program that will provide the solutions to move forward — language skills, job training, and assimilation – is La Casa Futura!

Please donate today. You will be making an investment into the lives of those who have the courage, fortitude and faith to seek a better future.

Your generosity will offer young men and women a real chance to contribute to the future.

Please donate today by clicking the GoFundMe.com link below.