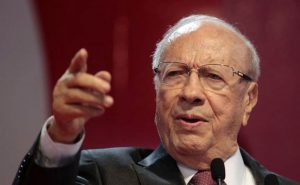 An ideal representative for Egypt’s Coptic families and women’s issues in particular, Fahim chose instead to pry into the internal dictates of Al-Ahzar’s religious matters when it would have been better to remain silent and removed.

By Dr. Ashraf Ramelah – Voice of the Copts

Under the Al-Sisi government, Copts expect the religious scholars of Al-Ahzar Institute to reform Islam. A good beginning would look like this: removal of violent-oriented content from school textbooks, moderate preaching from imams who are Al-Ahzar-certified, and the advancement of women’s rights under Sharia-Islamic law (indirectly affecting Copts who are pressured to follow it.) Are these expectations warranted? No, not likely. Recently, a campaign was launched inside Egypt by Al-Ahzar Institute’s leaders against the civilizing reforms announced by President Al-Sibsi of Tunisia last month on the occasion of Tunisia’s Women’s Day.

Broadcasting through Egyptian TV, “fatwa” kiosks in subway platforms, and mosque assemblies, Al-Ahzar reacted quickly to refute every provision of President Al-Sibsi’s daring proposals in order to prohibit any influence of Tunisia’s enlightenment from seeping into the eager minds of Egyptian citizens. Al-Ahzar scholars flatly denounced the call by Tunisian president for equality in inheritance for Tunisians, proving Al-Ahzar’s convictions are calcified and committed to the 7th century. While the Tunisian Mufti endorsed Al-Sibsi’s discourse and suggestions, Al-Ahzar’s vehement condemnation in a statement issued on Sunday, August 20, said this: “The provisions of inheritance” in Islam are “categorical and meaningful.”

On August 13, the women of Tunisia were addressed by Tunisian President Al-Sibsi who invited all citizens to support the rights of women and spoke of advancing their status in society. He gave a green light to activate total equality between men and women in all fields. In particular, Al-Sibsi promoted equality of inheritance – to dissolve the Sharia stronghold in which a female inherits only half the portion of a male sibling — and that Muslim women should be allowed to marry non-Muslim men (another stickler in the Quran and the Sharia which only gives permission for Muslim men to marry non-Muslim women.)

While the apoplectic reaction by Al-Ahzar was far from hopeful for Egyptians looking for modernization, the knowledge that at least one Islamic government somewhere in the Islamic world is willing to move toward the 21st century without bulking in the face of Egypt’s religious scholars and Sharia authorities might after all bring some satisfaction and even hope to the people of Egypt.

Taking a bold stand to reject the Sunni Institute’s oversight and give credence to nation-state borders over Al-Ahzar’s borderless jurisdiction of Islamic religious governance, Mr. Burhan Besis, a Tunisian leader from the political party in power, said, “The proposals of Sibsi are issues of concern to our Tunisian society, and no one has the right to enter this debate.” He added that Tunisia must fortify debate between Tunisians without any “external interference.”

Nonetheless, Abbas Shoman, the Al-Ahzar Institute deputy, opposed to the western-leaning definitions of freedom and equality undergirding such reforms, offered further backwardness to Egyptians when he disagreed with the Tunisian president:  “The calls for a settlement between men and women in inheritance are unfair to women.” Shoman’s voice was joined by a comment from Dr. Amr Hamrush, a member of Egypt’s Religious Committee of the House of Representatives, who said, “These are religious matters, and their violation violates Islamic Sharia law.”

Egyptians are resisting the deep state by weighing in on this matter. Remarks made in social media in the following posts by Sharef Al Shubashy defied Al-Ahzar’s authority: “Bravo Tunisian leader, who bravely confronts the stream of religious extremists through religious reform to keep abreast of modern times,” adding, “Putting forward this initiative leads to move stagnant water and gives an opportunity to the forces of progress…”

Tunisia has put teeth to its talk as far back as 2014 with a parliament of 31 percent women — perhaps building on the legacy of its first leader, Bourguiba, who upon Tunisia’s independence personally removed a hijab from a woman to make his point during one of his public events. Finally, just a few weeks ago, this parliament passed a bill to combat violence against women in a long-awaited step to enhance the protection of women victims in all fields. There actually is hope for real reform in Tunisia. But Egypt is another story.

Today, Egypt’s parliament includes 87 women (14 percent), and surprisingly, one of them stood firm with Al-Ahzar’s objections to Tunisia’s liberalism, vocalizing her opposition. More surprisingly, she is a Coptic Christian. Showing favor for the status quo in her criticism , Faika Fahim, an Egyptian MP, went so far as to proclaim that Tunisia’ s reform of Islamic Sharia was actually Tunisia “calling for a ‘new religion’.”  It is important to note that Fahim has been conspicuously silent on a very recent campaign in Egypt being promoted in advertising spots by the Egyptian government calling to end the practice of FGM (female genital mutilation).

An ideal representative for Egypt’s Coptic families and women’s issues in particular, Fahim chose instead to pry into the internal dictates of Al-Ahzar’s religious matters when it would have been better to remain silent and removed. This proves she can be an appeaser with little integrity. On the other hand, if she had gone to bat on behalf of human rights rather than against them and defended Tunisian ideas, she would have been condemned by the deep state and silenced.  So Copts lose representation either way.

In at least a few Islamic-majority countries right now secular norms for divorce and abortion as well as fundamental human rights of free speech and equality are vying with the icy grip of Islamic legalism. Morocco’s thinkers and intellectuals are asking for open debates about rights for women and debating whether sex education should be offered in schools — emphatic that these remain internal decisions. India’s court rejected the traditional Islamic “verbal” divorce (unfavorable to women) and now requires divorce to be brought before the courts.

Islamic-majority countries wishing to adopt updated policies have a choice between humanism and Islamism. Outside of Egypt, Al-Ahzar Institute could now be losing power over religious legal issues that are arousing concerns in Islamic countries. What could be in jeopardy is the Institute’s centuries-long oversight operating without geographical borders to steer government policy and govern religious practice, one and the same. On the other hand, in Egypt, Al-Ahzar is the deep state and remains in charge of political Islam.