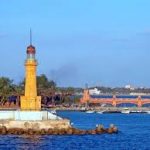 This article was first published in Al Arabiya on May 9, 2018

“Never has our work been more urgent or more needed,” said Patricia Espinosa, executive secretary of UN Climate Change, at the 2018 Resilient Cities in Bonn, adding that climate disasters which took place in 2017 have had a serious impact on a number of cities, mainly densely populated ones, across the world. Alexandria, according to Espinosa, is one of the cities particularly exposed to serious environmental dangers, with around three million people at risk.

While such statement sounds alarming enough, the fact that it is not the first of its kind makes it even more so and raises a lot of questions about the fate of Egypt’s second largest city.

One of Alexandria’s main problems is its exposure to occasional flooding, which makes it unlike other cities subjected to floods in the sense that it does not have the necessary infrastructure. “Because these floods happen sporadically, there are no mechanisms in place that can warn local authorities. This means that when such a flood happens, it is an unexpected event that may have deadly consequences,” said a recent report released by IHE Delft Institute for Water Education.

For this reason the institute started the Anticipatory Flood Management in Alexandria AFMA project to look into long term solutions that prepare the city for future floods. The project, however, is faced with a number of challenges mainly associated with the dire need to upgrade the whole system upon which the city is constructed. In addition to environmental risks, those floods have grave financial repercussions.

“When we suffered from the disastrous floods in 2015, Alexandria literally stopped, as most people couldn’t go to work for at least a week or two. When we measured the business loss these events caused at the time, the estimate was of around 25 million euros,” said Abdel Aziz Konsowa, vice president of Alexandria University. https://www.un-ihe.org/news/occasional-flooding-city-alexandria

NPR correspondent in Egypt Jane Arraf said that the rise of the sea level in Alexandria started gradually affecting the lives of the city inhabitants as waves rose remarkably during the winter, which drove the government to take action. “

All along the waterfront, the government has erected barriers to counter increasingly fierce winter storms,” she wrote. “There’s no beach on this part of the shore. The sand washed away years ago.” Arraf added that the sea level in Alexandria is expected to rise by at least two feet by the end of the century and entire neighborhoods in the city could be totally submerged. The impact of the gradual change, she noted, is already noticeable in different parts of Alexandria.

“Some historic buildings are crumbling, as salt water seeps into the bricks. Entire neighborhoods could be submerged.” Arraf also sheds light on the fact that throughout history, Alexandria has always been drastically affected by the sea which changed its features more than once, the old port being the most vivid example. “Over the centuries, the sea swallowed what had been a thriving port and even the outline of the harbor itself.”

Based on a report by the Intergovernmental Panel on Climate Change IPCC, two main areas in Alexandria are particularly vulnerable. “The Alexandria lowlands-on which the city of Alexandria originally developed-are vulnerable to inundation, waterlogging, increased flooding, and salinization under accelerated sea-level rise. The two surviving Alexandria beaches Gleam and El Chatby will be lost even with a 0.5-m rise in sea level,” said the report, adding that the losses in this case will exceed USD 32.5 billion of land, facilities, and tourist destinations. When the rise reaches one meter, the report added, the entire population of Alexandria is expected to be displaced.

Ayman al-Gamal, vice president of the Coastal Research Institute in Alexandria argued that Alexandria can be saved if first the areas that are most affected by climate change are identified and measures are taken and second measures are taken to make sure this effect is curtailed. “This is done through erecting more wave barriers in the lowlands and other vulnerable areas and to work regularly on inspecting building that overlook the sea,” he said.

Gamal added that it is also important to take climate change into consideration with new constructions. “We need to make sure that new buildings are either constructed at a certain distance from the shoreline or above the sea level in a way that protects them.” Professor of environmental studies Mohamed al-Raei said that barriers should be erected below the sea to guarantee more effective control of the waves. “This will protect the shore from the waves that result from rising temperatures and which consequently lead to a rise in the sea level,” he said. Another solution, Raei added, is constructing islands and planting them with trees so they can act as barriers in the case of high waves.

“Those islands will stop the water from reaching the shore and residential areas and will break the waves at an earlier stage.”

Coastal sciences researcher Mohamed Abdel Maguid said that the government is already using tons of sand and stones every year to create artificial beaches in order to counter the erosion of natural beaches. “Due to climate change, a large part of the city is expected to disappear as a result of the erosion of the coast. In fact, all the beaches of Alexandria might disappear within the coming 50 years,” he said.

Climate change expert Mohamed Fayez argued that the only solution to save Alexandria from being submerged is using beach nourishment through sand-filling a minimum distance of 10 kilometers into the Mediterranean. “This will also protect the Nile Delta from being submerged,” he said.

According to Fayez, if the sea rises by one meter, Egypt will lose 6900.47 square kilometers of its coastal areas. 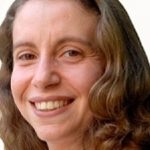 Sonia Farid, Ph.D., is an Assistant Professor of English Literature at Cairo University. She is a translator, editor, and political activist. Her social work focuses on political awareness and women’s rights and her writing interests include society, politics, and security in Egypt. She took part in a number of local and international conferences and published several academic papers. She can be reached at soniafarid@gmail.com