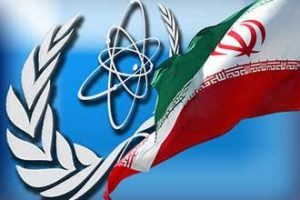 Business with Iran is blossoming. So is the renewed friendship of Iran and Hamas.

A few days ago, The Financial Times reported that the European car industry is rubbing its hands with glee in Iran. Renault has signed an agreement with the Islamic Republic of Iran worth $ 660 million. Peugeot had preceded it with a 400 million contract. Volkswagen is also returning to Tehran after 17 years.

Two days ago, Tehran became the first source of support for Hamas again after the Palestinian jihadist group in 2012 broke with Iran over the civil war in Syria. That break has been mended. The new Hamas leader in Gaza, Yahya Sinwar, just praised the “excellent” relations between Hamas and Iran. Teheran is now “the biggest supporter of the Izz el Deen Qassam brigades with money and weapons”.

Obama and Kerry have been able to mislead the international community, arguing that the only alternative to the nuclear deal would has been a new war. That was not true. The alternative was to insist on sanctions. Global jihad has been encouraged by the nuclear agreement. Hamas now feels secure and ready for a new war, which will be paid for by the citizens of Gaza and by the Israeli people.

If Hamas were rational, it would invest in prosperity rather than in jihad against Israel. But radical Islam is not rational. In Nigeria, Boko Haram butchers people who already live under sharia, the Islamic law. In the north of Israel there is Hezbollah, also boosted by Iran’s money.

A few weeks ago, EU foreign policy chief Federica Mogherini went on a mission to Tehran. She was photographed with an Islamic veil, smiling at the ayatollahs. She is the symbol of Europe’s appeasement of radical Islam.

Israel will pay for this betrayal. But it will survive. Europe will suffer for its own appeasement. But its survival is less certain.