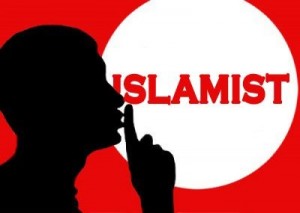 Europe has more sharia courts and veiled women, less unaccompanied women it its cities at night and less cartoons of Muhammad.

September 11, 2001 was supposed to be “the day on which everything changed”. After 17 years of Western military occupation, the Taliban control more territory in Afghanistan than in any time since the invasion of the US troops.

Multiculturalism favors Third World cultures over Western culture. Much of the public speech today in Europe is dedicated to the infinite reading of the crimes of the West and of the evil that Israel represents. In the meantime, the contributions of the West to humanity – democracy, scientific revolution, human beings and industrial revolution – are diminished or marginalized. Europe has condemned itself to a permanent state of siege.

A double religious-demographic earthquake is underway. The Muslim populations of the Western countries are growing significantly in recent decades and continue to grow disproportionately due to external immigration and internal fertility rates. The Christian populations in Muslim countries continue to collapse due to the oppression that causes mass emigration. So, both Europe and the Middle East are becoming more Islamic.

One day, perhaps, the European governments will begin to negotiate with the Islamic organizations the terms of a surrender about the place of Islam in public life, proliferation of mosques, freedom of immigration, dismantling of Western lifestyle, halal menus at schools, removal of Christian symbols, withdrawal of troops from the Middle East, end of support for Israel … it will happen in a manner that the population doesn’t even notice. But isn’t already happening?

The second scenario is internal chaos. Now there is an attempt to reverse the trend on immigration. In Italy, the new populist government just blocked a ship with 629 migrants. They landed in Spain. The entire Eastern Europe – led by Hungarian Viktor Orban – is based on an anti-immigration consensus, which has been joined by Austria too. A crisis on migrants is underway inside Angela Merkel’s government.

All this crisis is due to mass immigration, the single most explosive issue in Europe’s past, present and future. If Europe becomes more “cruel” – as defined in accordance with the new humanitarian standards – it might save itself. Otherwise, Europe will become Eurabia. 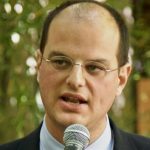