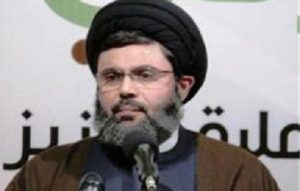 The move by both countries came a day before U.S. President Donald Trump travels to Saudi Arabia
which is the first stop on his first international trip since taking office in January.

Safieddine was working in the interest of Hezbollah in the Middle East and provided advice to launch
“terrorist operations” and support the Syrian regime, SPA said.

Safieddine is president of Hezbollah’s executive council, which oversees the group’s social and economic
activities.

The United States, which blacklisted Hezbollah as a terrorist group, regularly sanctions members of the
group.

Washington has in the past imposed sanctions on the group’s leader Hassan Nasrallah and two other
members of the organization, for their alleged role in aiding the Syrian government in its crackdown on
opposition forces.

In late 2015, the House of Representatives approved legislation that would enhance sanctions against
Hezbollah and its supporters.
Hezbollah, which is backed by Iran, is now fighting in Syria alongside President Bashar Al-Assad’s forces
against rebels backed by Sunni Gulf Arab states such as Saudi Arabia.

Saudi Arabia and Gulf Arab countries declared Hezbollah a terrorist organization in 2016, and said they
would punish anyone who belongs to it, sympathizes with it, supports it financially or harbors any of its
members.