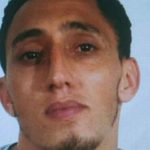 One terrorist has reportedly been shot and killed, and two other terrorists taken into custody following a terror attack in Barcelona which left at least 13 dead and 80 injured.

Police arrested two suspects, according to The Independent. Some witnesses have identified one of the two suspects as 28-year-old Maghrebi Driss Oukabir, though authorities have yet to confirm the man’s identity. Police say Oukabir rented the white Fiat van used in the attack.

One suspect was killed during a shootout with police, La Vanguardia reported, though authorities have yet to confirm this claim.

Investigators say that a second van, apparently intended for use as a getaway vehicle, was found in Vic, a small town in Catalonia about an hour north of Barcelona.

According to a report by The Independent, local police have sealed off the area around the second van and are currently examining the vehicle.