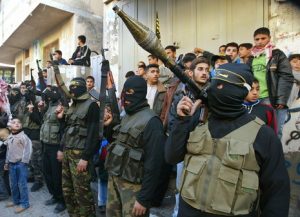 Khader Habib, a senior member of the Islamic Jihad terrorist group in Gaza, on Tuesday rejected the initiative of Palestinian Authority (PA) chairman Mahmoud Abbas to convene an international conference, attended by Israel, in a bid to settle the conflict between the sides.

Abbas presented the initiative at the meeting of the Palestinian National Council in Ramallah.

Abbas “insists on continuing the path of the diplomatic process and bringing about failure,” Habib said in an interview with Hamas website Al-Risala.

He added that the PA chairman is “striving to revive the two-state solution in a way that will enable Israel to establish facts on the ground at the expense of the Palestinian people”, stressing that national unity is the only way to deal with the diplomatic process.

Habib accused Abbas of deliberately imposing additional punitive measures against Gaza in order to gain full control of this area, similar to PA-assigned areas of Judea and Samaria, where the government maintains security coordination with Israel.

Gaza needs those who will protect it from the crimes committed against it, said Habib, adding that “the man (Abbas) expresses his hostility to Gaza clearly, openly and fully.”

Abbas’s Fatah faction and Gaza’s Hamas terrorist leaders have been at odds since 2007, when Hamas took over Gaza from Fatah in a bloody coup.

The sides signed a reconciliation agreement in October, as part of which Hamas was to transfer power in Gaza by December 1. That deadline was initially put back by 10 days and then appeared to have been cancelled altogether after it reportedly hit “obstacles”.