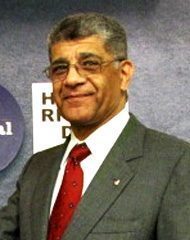 At least 30 Coptic Christians have been killed and dozens more wounded by armed men who attacked them while they were travelling to a monastery in Egypt’s Minya province.
I 24 news
Rabbi Abraham Cooper of the Simon Wiesenthal Center and Ashraf Ramelah, founder and president of Voice of the Copts, joins David Shuster and Michelle Makori to discuss the terror attack and the broader issue of radical Islam

The Christians were headed on Friday to the Saint Samuel Monastery, located outside Minya city, about 220km south of the capital Cairo, when the masked attackers, who came in three pickup trucks, opened fire of them before fleeing the scene.